Warning: array_key_exists() expects parameter 2 to be array, string given in /var/www/wp-content/plugins/font-awesome/includes/class-fontawesome-release-provider.php on line 384
 Fish Don’t See the Water They Swim In - The Forward Shift 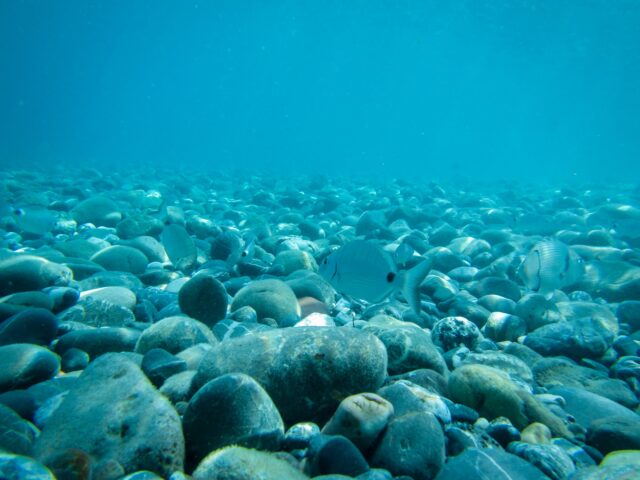 The title of this blog post was a something that a client said to me once during a coaching session.  It really got me thinking.  Thinking about something unrelated to our conversation, something related to a bigger conversation the world is currently having.  The conversation about RACE.

Recently I have been involved in a lot of discussions about systemic racism.  What is it? What isn’t it? Where did it start?

White privilege feels to me like an invisible cloak that white people wear.  As a white person, I can’t feel it, nor do I see it, but it is there all the same. Where did this invisible cloak come from? Who made it for me?

Did my parents give it to me?  Was I born with it? Do they hand them out on the first day of kindergarten?  Where exactly does this invisible cloak of bias come from?

The definition of racism itself is a full topic for discussion, but for the purposes of this discussion, I offer the perspective of Ijeoma Oluo (author of So You Want to Talk About Race).

The author points out when we use the first definition, we mistakenly reduce the issues of race in our world to a battle of emotion in the heart and mind individually. A battle of morals and whether we are seen good or bad.

And what part do we white folks play in perpetuating the cycle that has gripped our society since the very beginning.  Maybe the part we play is that we are complacent. That we are the fish who don’t see the water they swim in.  We can’t see the bias of a system that favours us so clearly.

I certainly didn’t consider myself a racist, or a contributor to the system.  My parents raised my siblings and I to be tolerant and loving contributors to society.  Didn’t they?

Or maybe I was not racist, but simply complacent in a racist system.

In 1982, at 19 years old I landed my first big promotion at the business I worked at.  I had a few smaller promotions, expected milestones in the career path of this institution.  This particular move was a big one.  Serious prestige and almost double my income at the time.

Were there other candidates?  Other qualified people in the thousands of employees available in the major financial institution?  The answer is yes.  Probably many in fact.  I lived in Vancouver at the time, so there were likely lots of possible candidates.

What is even more interesting is that worked with at least two women of color, and one male of color, that were more mature than me (chronologically and emotionally), more educated than me and definitely more experienced than me. In hindsight, what is shocking is, that this was not unusual. That no one, not even those other more or equally qualified applicants batted an eyelash much less complained.

In all transparency, I knew the job well, and had adequate experience, but was far younger, had less emotional maturity, and far less seniority.

It wasn’t until 35 years later, while doing a book review of Me and White Supremacy (author Layla F. Saad) that I discovered the obvious truth, I was in fact a racist, by default of my own complacency.  In the moment of accepting my promotion, I did not once consider any of the process unfair, biased, or peculiar in any way.  And now, I begin to see the water in which I swim, what it truly looks like.  And I don’t care for it much.

What I have learned is that where I came from, and what I learned as a child, is supported by an already broken system.  My parents raised my sisters and I more liberally than they were raised, that’s almost always the primary goal of new parents though isn’t it? (“I will never do that to my daughter/son”) How many of us spoke that mantra?

Even with that liberal change throughout decades upon decades, the unspoken disease of systemic racism missed the cut. The cloak continues to be worn.

As people we are a collection of our lived experiences, that shape us, and inform how we interact and move throughout the world.

Consider this is but ONE instance in my life. One that is a glaring example of white privilege.  I am sure that without much effort I can think of many others.  What is more important though, where I most want to direct my energy and passion, is CHANGE.  What can I do to become a Good Ancestor, a good ALLY? What can I do to UNDO systemic racism? What can I do to dismantle this unseen system? What is my part?  How can I make it right? This is what is most important to me, where I need to focus today.

The truth is that this bias is so deeply ingrained in us, the white folks that created it, we just don’t see it. Like the fish.

So, I ask you, can you see the water you swim in? Clearly? Honestly, what do you see when you look a little closer?

What do you see in the water in which you swim?


Notice: Trying to access array offset on value of type bool in /var/www/wp-content/themes/celeste/views/prev_next.php on line 10

previous
When You Throw Dirt You Lose Ground

When You Throw Dirt You Lose Ground

An Athlete at any Age